Yesterday (7th December) we attended the virtual IPv6 forum annual meeting. We were delighted that our director Pete Stevens has been added to the IPv6 Hall Of Fame as an IPv6 Deployment World Leader. 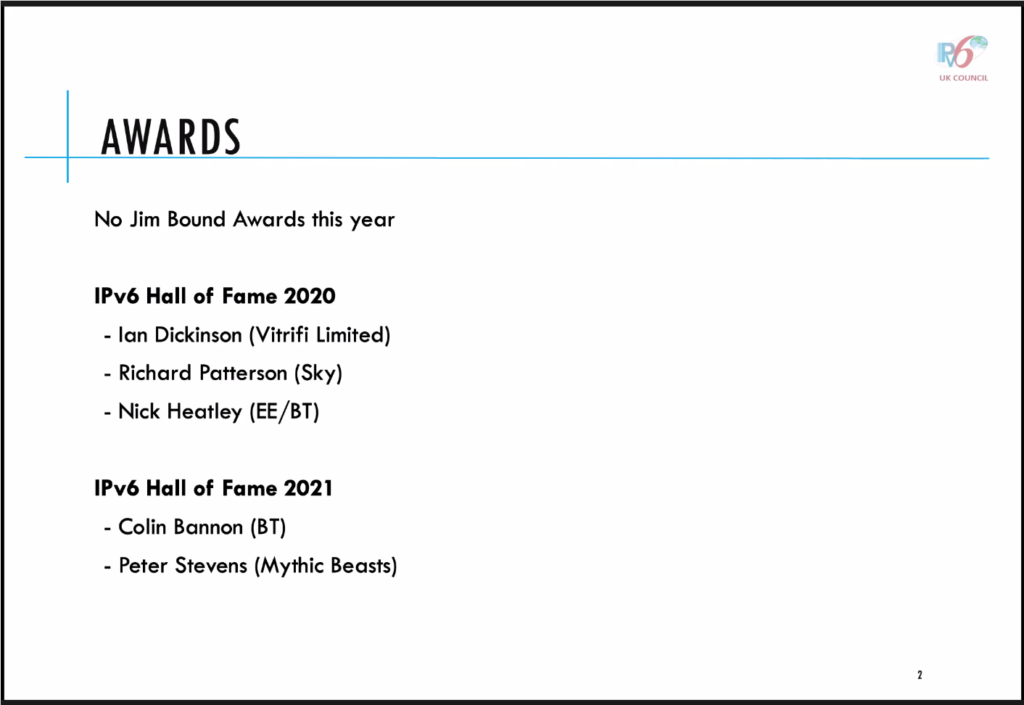 Unlike most awards we turn down, you can’t win this one just by paying for a hugely expensive table at an awards ceremony.

We also got an update on how IPv6 deployment is going through the UK. Happy to hear from BT that they’re making excellent progress replacing all the old HomeHubs with new IPv6-capable consumer routers. Sky Italia has deployed a consumer broadband network that’s effectively IPv6 only – IPv4 is provided as a service on top with MAP-T. As this is a form of carrier NAT they’ve managed one IPv4 address per 16 subscribers. This compares with their initial dual stack rollout we reported on from the 2019 council meeting.

Lastly it was noted that the cost of an IPv4 address on the open market is now around $60; increasing numbers of server providers are following our lead and making an IPv4 address an additional and removable option on the order form.