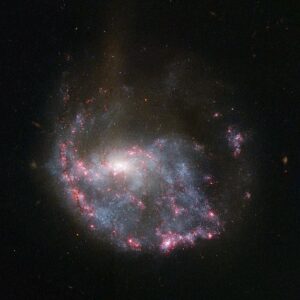 Congratulations to the Debian team for their new release of Debian Bullseye (11). Just over two years of hard work have resulted in over 40,000 package updates and 10,000 additions.

We’ve made images for our VPS cloud that are available in all regions and included the install ISO for customers who prefer to build their own OS images. Sympl, a management package for web and email hosting that we maintain has been updated to support Bullseye with packages available for download.

Our mirror server is up to date with the Debian Bullseye packages. We’ll now be looking at deploying new systems on Debian Bullseye and starting our upgrade program for Debian Stretch and Buster systems.

The UK Debian folks will be having a small party in Cambridge in a few days time and we’re sponsoring the beer to say thank you. It’s a weekend full of beer and barbeques.

Updates to sympl to continue to support Let’s Encrypt Before you 3D print the keys from the photo, you should know they are no longer in use.

Let’s Encrypt is changing the protocol for obtaining and renewing certificates from ACME v1, to ACME v2 and the version 1 protocol is now end-of-life. In the next few days (1st November) this means that new accounts will no longer be able to be registered which will prevent new sites obtaining SSL certificates. Final end of life occurs in 2021 when certificate renewals will start to generate errors and then fail entirely.

Symbiosis is now end of life, as Sympl is an actively developed fork we’d recommend any Symbiosis users migrate to Sympl. We’d also recommend our managed hosting as a good place to run your Sympl server. IP addresses may leak private information about the entity using your service.

A bug in the Symbiosis hosting management platform means that by default, the IP addresses of some website visitors are publicly accessible. This is potentially sensitive information, and critically, as IP addresses are considered ‘personal data’ under GDPR, this means that the default configuration of Symbiosis is not GDPR-compliant.

This bug is due to incorrect handling of the automatic web statistic generation flag in Symbiosis, which results in full statistics being enabled by default on all sites even if no access restrictions are in place. Existing statistics will persist even when statistics are disabled.

This issue has been addressed in Sympl, an actively-maintained fork of Symbiosis that focuses on security and usability. In Sympl, web statistics are disabled by default, and a password must be set to access them via a browser. While this is one of the most serious of the security issues from Symbiosis which have been fixed in Sympl, it is unfortunately not the only one.

For an immediate fix, we recommend users migrate to Sympl. This can be done by provisioning a new server running Debian Stretch or Debian Buster, and installing Sympl then migrating their content across to the new server.

GDPR compliance is a serious issue, with the potential for very substantial fines (up to 4% of annual global turnover or €20 million – whichever is greater), and recent cases have demonstrated that the ICO is prepared to impose such fines

Hot on the heels of the Debian Buster release, we’re pleased to announce our first release of Sympl, an open-source hosting management platform for Debian.

Sympl is easiest to explain by example.

That’s it. Point the DNS at your server and start uploading your content. An SSL certificate will be obtained automatically from Let’s Encrypt.

Want to create a new mailbox for Brian? Simply create a directory:

Mail is accessible using webmail, or using any device via secure IMAP/SSL.

Configuration is all done over SSH, so you gain all the security advantages of a highly locked down server, with much easier configuration management.

Works with you, not against you

Unlike other solutions, which take an all-or-nothing approach to managing your server, Sympl happily accepts you customising the configuration and will avoid overwriting any configuration files that you alter.

When it writes configurations for you, Sympl automatically picks best practice options. This includes things like limiting permissions for PHP, secure connections for web and email, and of course, IPv6 support throughout. It’s built on Debian Linux and runs on our dedicated servers, virtual servers and we also build the packages for the Raspberry Pi.

Sympl is 100% open source. It’s completely free to use, irrespective of the number of servers or domains you might want to use with it.

If you have a Mythic Beasts virtual server running Debian Buster you can install Sympl easily by using the install script:

If you want a managed Sympl server, we’ll do this for you as part of the setup.

Sympl pairs well with our managed hosting service. We monitor your server 24/7, apply security updates and take a daily backup leaving you to manage the sites running on it.

Find out more info on Sympl at sympl.host, which is (of course) hosted using Sympl.