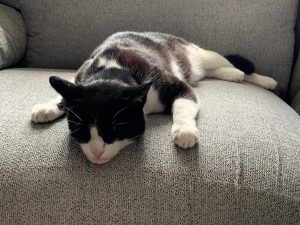 Don’t get caught napping when it comes to WordPress updates!

Installing updates is an important part of keeping your computer secure. This is also true when running a website based around popular publishing tools such as WordPress, which have vast communities of plugin and theme developers of varying experience. Plugins often contain security vulnerabilities that can lead to a compromised site and it can be difficult to tell if a new version is a security update or just adding features.

For our managed WordPress customers we have been using the excellent WPScan API for some time to check installed plugins and themes against their list of security vulnerabilities. Dealing with this report was a time-consuming manual process once or twice a week which we wanted to improve.

Helpfully WPScan have recently introduced a feature which allows us to receive these updates in real-time. Now, when a new security update for a plugin or theme is announced we automatically check within a few minutes if a vulnerable version is present on any of our managed WordPress installs, and then generate a support case to ask the customer when they’d like us to install the update. Some customers prefer to perform the updates themselves, which is also fine – the important thing is that the vulnerability gets fixed.

Where a security issue is dangerous and likely to be exploited then we apply our standard zero-day vulnerability process of deploying an update immediately and notifying customers afterwards. A good example of this would have been the recent Loginizer SQL Injection vulnerability, had the WordPress team not already decided this was too dangerous and invoked their rarely-used forced update process.

Now we can respond much more quickly to WordPress vulnerabilities, helping us keep our customers’ websites secure.

Our managed WordPress service includes a number of features that help keep your site secure and protect your data:

If this sounds interesting then you can order managed WordPress, see details of our other managed applications or contact us if you have questions.

Save the Black Horse The last pub in Dry Drayton has closed and is under threat of development. As a community, we’re working hard to save it.

It’s Beer Festival week in Cambridge. Suddenly official work takes a back seat compared to the importance of drinking, serving and appreciating fine beer in the sunshine. It’s great that the volunteers behind the bar include friends, colleagues, customers, suppliers and the occasional former MP.

However, for 51 weeks of the year the Cambridge Beer Festival isn’t operating and beer lovers among us have to go to a more humble establishment, the pub. Cambridge City is blessed with multiple excellent pubs, but occasionally it’s nice to take a visit to the outlying villages.

So we were very saddened to hear that the only pub in Dry Drayton, the Black Horse, was due to close. However, a community group has started assembling plans to turn it into a community pub on a similar model to the excellent Dykes End in Reach. They asked us to help with setting up their on-line presence. Mythic Beasts fully support the effort to have lovely pubs within walking and cycling distance so we’ve provided a Managed WordPress site to help their campaigning efforts. Today we’ll share a beer with them in the Beer Festival, and in the near future we hope to take a field trip to their re-opened countryside pub.

Update: They reported last night they’ve had a lot of signups to their newsletter and several interested investors. It looks like we’re going to be part of a successful pub rescue!

Replacing the production DB under a running system.

Two years ago we migrated Raspberry Pi from a single big server to a series of virtual machines (VMs) on an even bigger server. As time has gone on this architecture served us well; we’ve managed the Pi Zero launch and the busier Raspberry Pi 3 launch and even briefly ran the website on Raspberry Pis as a test.

However, we had a number of issues with the setup that we were looking to address:

It was time for a bit of an upgrade.

The biggest part of the Raspberry Pi configuration is the main WordPress site that serves the front page for www.raspberrypi.org. This consisted of three VMs: two web servers and one database server. WordPress doesn’t provide any built-in functionality for scaling to multiple servers and although the vast majority of pages are driven entirely by the database, some operations, such as installing plugins or uploading media, result in the creation of local files that need to be available to all web servers.

In order to support WordPress in a multi-server configuration, we arrange the two web servers as a primary and a secondary. The primary delivers half of the public requests and also the administration and content creation side. The relevant parts of the local filesystem are then regularly rsynced to the secondary server, which serves public requests and can maintain the support the full public usage of the site if necessary.

The website is fronted by our “CDN”. This is a cluster of Mac Mini servers that we use to offload much of the static content traffic, and to load balance across the two web servers.

Step 1 : Figure out what you’re trying to do and write a plan.

More capacity meant a new VM host, and more redundancy meant that it went in a different data centre (Sovereign House, or “SOV”) to the existing VM host (Harbour Exchange, or “HEX”).

Diagnosing the fault on the current VM host is tricky, firstly because it only occurs once or twice a year, and secondly because it was hosting quite a busy live website. So our plan for this was to migrate all VMs onto entirely new hardware in HEX so that we can prod the old box at our leisure. This also gave us a handy opportunity to do something we’ve been wanting to do for a while, which is an OS upgrade on the VM host itself. We then moved the old database VM to the new VM host in the original site (HEX) and reconfigured it as a MySQL replica. We now have a primary/secondary setup for MySQL on the new VM hosts, the secondary in a different location (HEX) to the primary (SOV), and the HEX server is not longer on the faulty hardware. It’s worth noting that in normal operation, both web servers use the same database server for all queries. In similar arrangements, it’s quite common to have one or more web server use the slave database server for read queries, and to only send write queries to the master, thereby reducing the load on the primary database server. Unfortunately, standard WordPress doesn’t support this, but there are plugins that do which we may look at in the future.

Unlike many providers, we have independent routing at each of our sites. This gives us much greater resilience to network problems, but means that moving a VM between sites necessitates a change in IP address. We informed our cluster of Mac Minis in the CDN that the primary web server had moved, and the administration site sprung back into life and the traffic split evenly across the two sites.

Over the course of about three hours, we’d migrated a high volume production website from a non-redundant, single site configuration to a geographically redundant configuration, moved the primary database and primary web server to a different location and provided a capacity upgrade. This was all done in the middle of the day with no user-facing downtime, and only a modest maintenance window for the administration portal.

With that done, we can start work on the next stage of the plan: migrating the remainder of the VMs away from the old VM host in HEX. 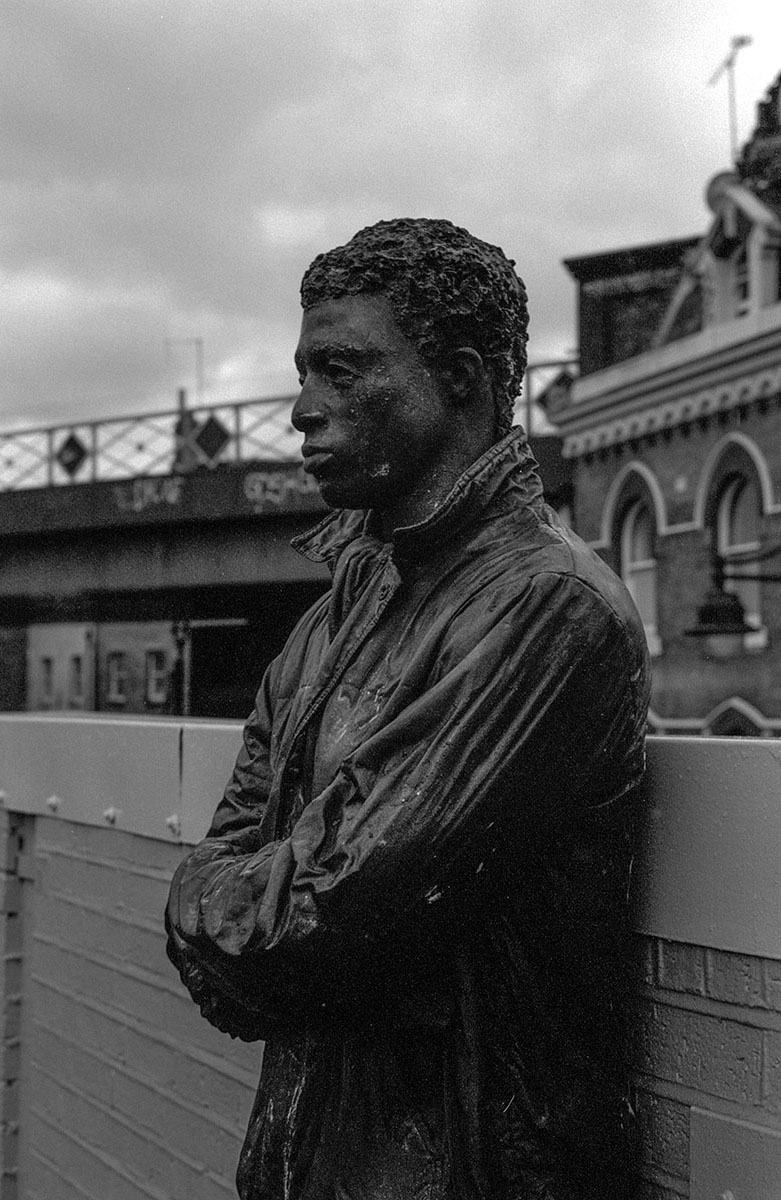 WordPress is an excellent content management system that is behind around 25% of all sites on the internet. Our busiest site is Raspberry Pi which is now constructed from multiple different WordPress installations and some custom web applications, stitched together in to one nearly seamless high traffic website.

We’ve taken the knowledge we’ve gained supporting this site and rolled it out as a managed service, allowing you to concentrate on your content, whilst we take care of keep the site up and secure. In addition to 24/7 monitoring, plugin security scans, and our custom security hardening, we’re also able to assist with improving site performance.

We’re now hosting a broad range of sites on this service with the simpler cases start with customers such as Ellexus, who make very impressive technology for IO profiling, and need a reliable, managed platform that they can easily update.

At the other end of the spectrum we have the likes of Parallax Photographic, a co-operative in Brixton who sell photography supplies for people interested in film photography, using real chemistry to develop the photographs and a full analogue feel to the resulting prints. Parallax Photographic use WordPress to host to their online shop, embedding WooCommerce into WordPress to create their fully functional e-commerce site.

Parallax were having performance and management issues with their existing self-managed installation of WordPress. We transferred it for them to our managed WordPress service, in the process adding not only faster hardware but performance improvements to their WordPress stack, custom security hardening, managed backups and 24/7 monitoring. We took one hour for the final switch-over at 9am on a Sunday morning leaving them with a faster and more manageable site. They now have more time to spend fulfilling orders and taking beautiful photographs.

Purrmetrix monitors temperature accurately and inexpensively, and as you can see above with excellent embeddable web analytics. In addition to hosting their website and WooCommerce site for people to place orders, we are also customers (directly, through their website!) using their site to monitor our Raspberry Pi hosting platform. The heatmap (above) is a real-time export from their system. At the time of writing, it shows a 5C temperature difference between the cold and hot aisles across one of our shelves of 108 Pi 3s. The service provides automated alerts; if that graph goes red indicating an over temperature situation alerts start firing. During the prototyping and beta phase for our Raspberry Pi hosting platform, we’ve used their graphing to demonstrate that it takes about six hours from dual fan failure to critical temperature issues. This is long enough to make maintenance straightforward.

Also embedded in our Raspberry Pi hosting platform are multiple Power over Ethernet modules from Pi Supply who make a variety of add-ons for the Raspberry Pi, including some decent high quality audio adapters. With the launch of the Raspberry Pi 3 we had to do some rapid vertical scaling of the Pi Supply managed WooCommerce platform – in thirty seconds we had four times the RAM and double the CPU cores to cope with the additional customer load.

We host a wide variety of WordPress sites include Scottish comedy club Mirth of Forth, personalised embroidery for work and leisure wear and our own blog that you’re currently reading. So if you’d like to have us run your WordPress site for you, from a simple blog to a fully managed e-commerce solution or one of the busiest sites on the Web, we’d love to hear from you at sales@mythic-beasts.com.