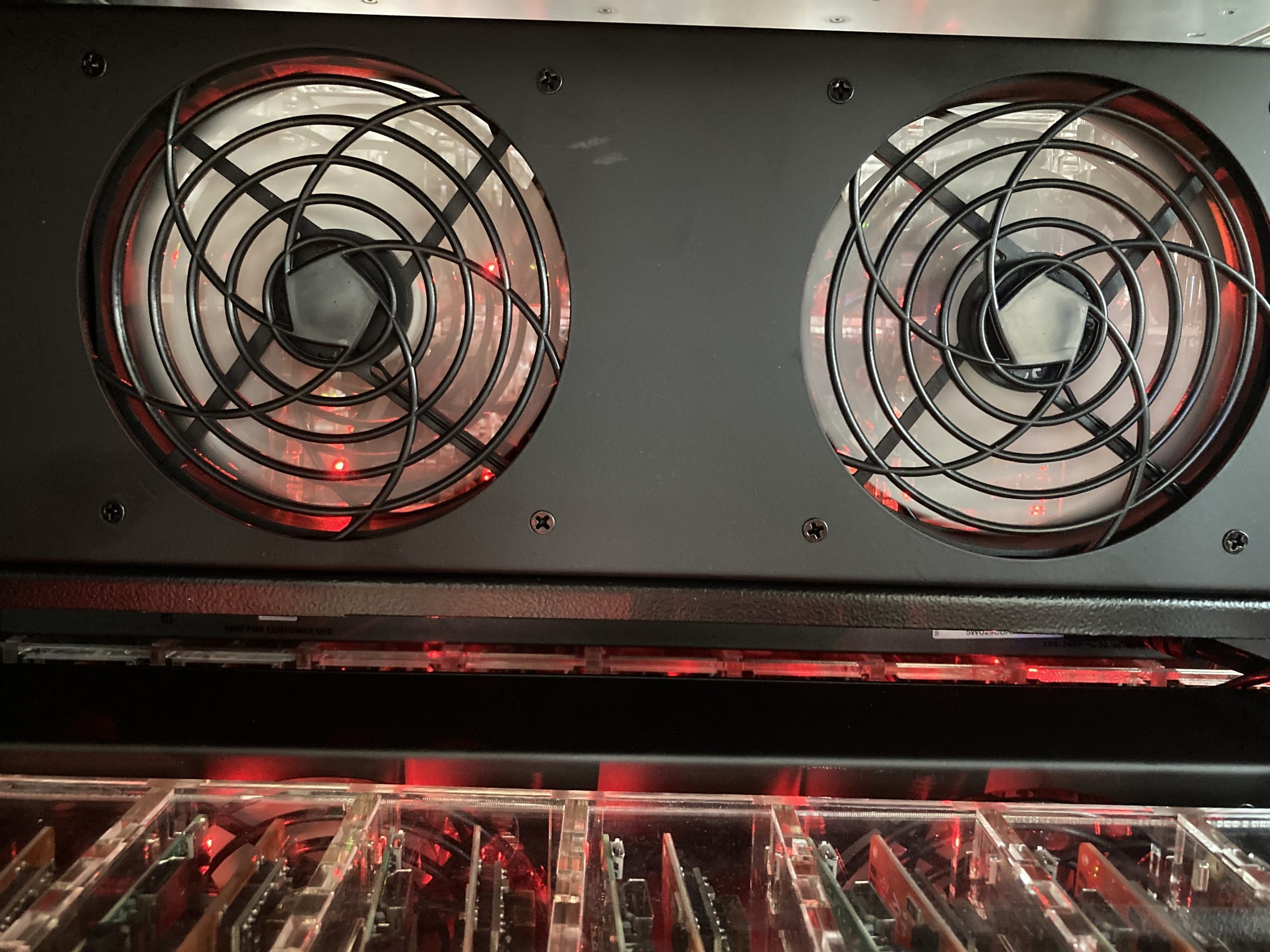 It’s been less than two months since we launched the Raspberry Pi 4 into our public cloud. Take-up exceeded our predictions to the extent that we briefly ran out of stock and had to accelerate our expansion.

We now have Pi 4 servers back in stock, and we’ve also added OS images for 64-bit Raspberry Pi OS and Ubuntu.

64-bit operating systems offer significant benefits for some server applications. For example, MongoDB limits your database size to 2GB if you’re on a 32-bit host. It’s also the case that larger ARM servers only support 64-bit operating modes, so this addition brings us compatibility with the general ARM server ecosystem.

We’ve also boosted the cooling in our Raspberry Pi cloud by adding higher throughput fan trays. The new trays move 336m³/h, and the shelf is 0.05m³, so the air should change at least once per second. We are seeing maximum on chip temperatures (measured by vcgencmd measure_temp) of 59°C, which is considerably below the 80°C threshold where CPU throttling starts.