This is set up with the standard desktop operating system, a virtual 1080p monitor attached and VNC set up for immediate desktop access, and is secured using an SSH ‘tunnel’ to access your desktop so everything is encrypted between the client and server.

Install the desktop edition on your Raspberry Pi: 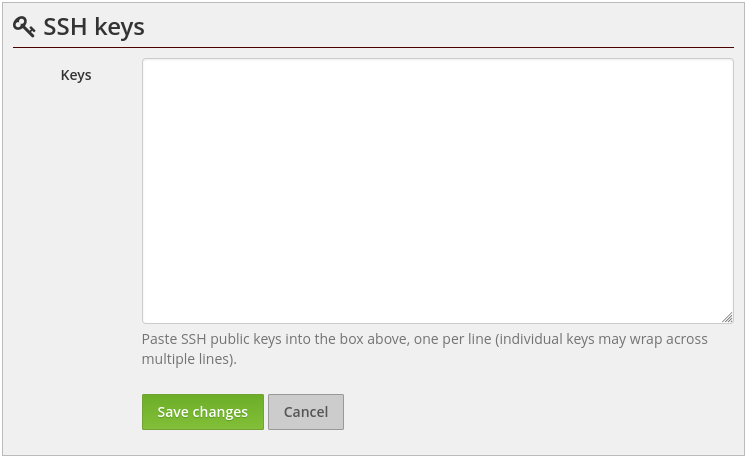 Power the Raspberry Pi on:

You can then connect to the Rasberry Pi as normal, but now add “-L 5900:localhost:5900” to the SSH command line, which will bind port 5900 (the default VNC port) on your local computer to port 5900 on the Raspberry Pi on the other end of the SSH connection.

(If you’re using PuTTY or a similar SSH client, you should be able to find the relevant setting in Connection>SSH>Tunnels – you’ll want to set the source port to be “5900”, and the destination to be “localhost:5900″.)

Next, connect to the server (substitute ”1234″ for your SSH port, found in the control panel, and use the name of your hosted Pi) as root to establish the connection:

Then, set the password for the Pi desktop user:

And finally, connect with a local VNC client to “localhost” and up pops a desktop: 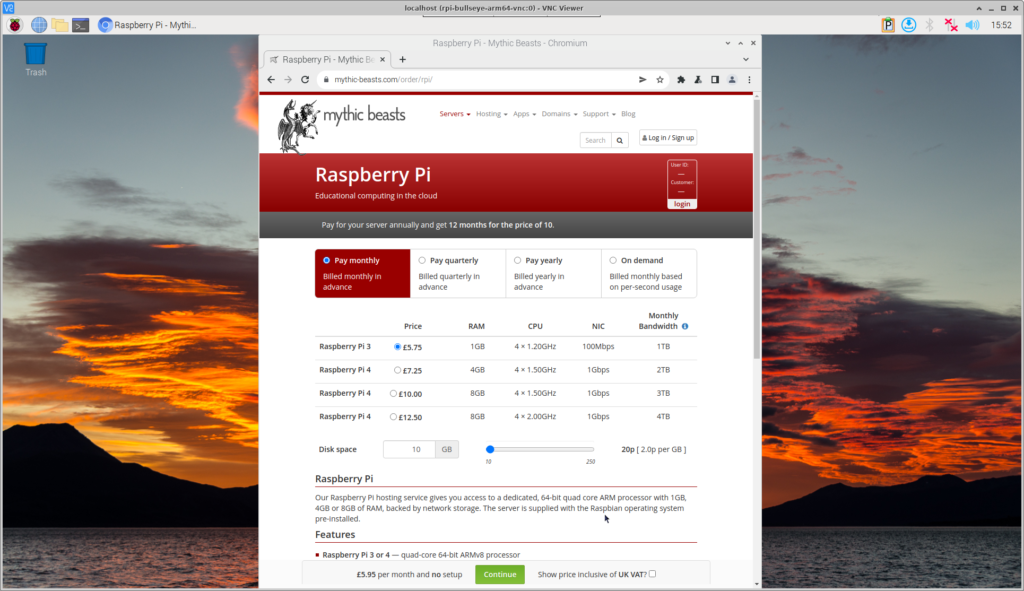